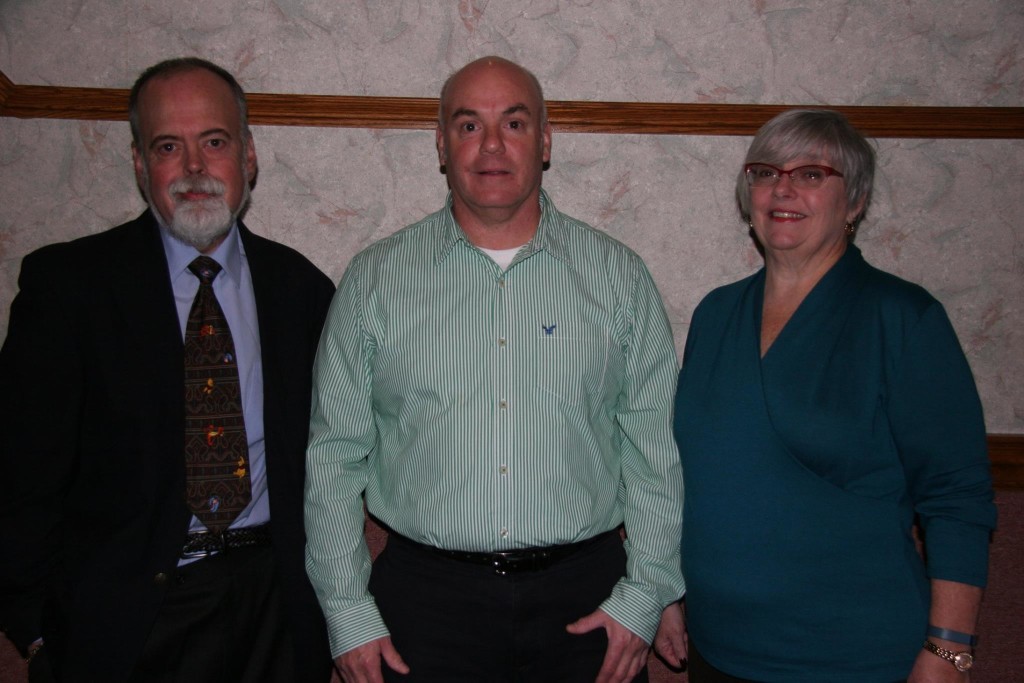 The Chicopee St. Patrick’s Parade Committee has selected a Marshall and Award Recipients for the 2016 season.  The names were announced on November 22nd by President John Beaulieu.

The 2016 Award recipients are as follows:

Timothy A. O’Grady has been named Parade Marshal, and will lead the Chicopee contingent in the Holyoke St. Patrick’s Day Parade on March 20, 2016.  O’Grady has been an active member of the committee since 1985.  Over the years he has served as Media and Public Relations Spokesperson, liaison to the St. Patrick’s Committee of Holyoke, and assisted with many functions and activities. He received the committee’s Jack Woods Award in 2002, and served as President in 2005. O’Grady is currently Second President Elect (2015 -2018) for the Holyoke Committee, of which he has been a member since 2001.  He continues to serve in a multitude of capacities for both committees.

O’Grady recently retired from the Chicopee Police Department after 31 years of service.  He also served as President of The Chicopee Police Patrolmen’s Union Local 401 from 2004 to 2011. He currently resides in Chicopee with his wife, Elaine.  He has two children, Shalene (Mrs. Jorge) Bracetty and Timothy O’Grady II, and two grandchildren.  Upon hearing that he had been selected as Marshal, O’Grady stated,

“Being the recipient of the Chicopee Parade Marshall is a tremendous honor and I am very thankful and appreciative of such a distinguished award.  I’m very proud of my Irish roots and truly enjoy being a part of the Chicopee Parade Committee. I consider them an extension of my family. I have lived and worked serving and protecting this city most of my life.  I am proud to lead Chicopee in the 2016 Holyoke St. Patrick’s Parade.”

Elin Gaynor has received the Jack Woods Award.  Named after one of the founding members of the committee, it recognizes an individual who has actively served ten or more years.   Gaynor has been an active member of the committee since 2003.  She was elected as its first woman President in 2008. Over the years, she has served in a leadership capacity as Secretary, Ball Chairperson, Annual Mass Chairperson, and Scholarship Chairperson.

Originally from Oyster Bay, New York, Gaynor has lived in Chicopee for 32 years.  She is a graduate of SUNY Stony Brook (B.A.) and Brooklyn Law School (J.D), and is currently employed as Assistant General Counsel at Health New England.  She is the former Chair and current member of the Chicopee Planning Board.

Gaynor has four children: Matthew, Keenan, Kerry and Annie O’Reilly; and two grandsons, Abraham and Benjamin O’Reilly.  She was delighted to hear that she would be the 2016 Woods Award recipient, responding to the announcement,

“I cannot begin to express my appreciation to the parade committee for bestowing this honor upon me, and I look forward to seeing you all on Parade Day!”

The Atkinson Award was created to honor the late George and Buddy Atkinson, who were founding members of the committee, and is given each year to a person who is not a committee member, but has supported its functions and events.  This year’s recipient is Thomas Knightly.

Knightly has been playing the bagpipes since 1982, and has been Pipe Major of the Holyoke Caledonian Pipe Band for the past 27 years.   He has been involved with the Chicopee Parade Committee since 2009 when he began piping for the Committee’s annual St. Patrick’s Mass, first at St Patrick’s Church, and now held at the Elms College Chapel, the evening before the Parade.  He has also played at Holyoke Medical Center’s reception for the Holyoke and Chicopee Colleens. He is a member of Mt. Tom and Mt. Holyoke Lodges A F and A M, Mt. Holyoke Royal Arch Chapter, Holyoke Council, Springfield Commandary, and Melha Shrine where he is a member of the Melha Director’s Unit.

Knightly is a lifelong resident of Chicopee, graduating from Chicopee Comprehensive High School and North Adams State College, with a degree in Medical Technology.  He has been employed at Holyoke Medical Center since 1980.  He is married to Peggy (Forget), and they have two children, Connor and Meaghan.  He is most appreciative of receiving the Atkinson Award:

“I myself am humbled, and am still in shock. I am so honored that The Committee feels that my Piping, which is something I love to do, is an important part of their activities.”

The Chicopee St. Patrick’s Day Parade Committee’s mission is to promote Irish pride and culture through its many events.   The committee organizes the annual Colleen Contest and Coronation Ball, constructs the Colleen’s award-winning float for the Holyoke St. Patrick’s Day Parade, and awards scholarships to young women who plan to further their education at a college or university.  The Committee is recruiting new members and sponsors for the upcoming season. Information about the Chicopee St. Patrick’s Day Committee events and fundraisers, including March Money Calendars, can be found at the group’s website at www.chicopeespc.com.  Applications for the 2016 Colleen Contest will be posted on the site as soon as they are available.